In January 1999, the area around the ice cream restaurant Smultronstället was excavated. Here a remarkable but far from pleasant discovery was made, that helped us solve one of the many mysteries of medieval Söderköping: that of the missing toilets.

During earlier excavations of old plots of land, archaeologists had not found many remnants of latrines. So where did the locals go to relieve themselves?

The mystery was solved right here. Archaeologists found an outhouse barrel with the owner's mark on it. At the bottom of the barrel they even found a black, oily sludge with a strong smell: latrine waste. Even the medieval poo had been preserved. Apparently the residents had portable outhouse barrels that were emptied elsewhere, but this particular barrel had been left behind. 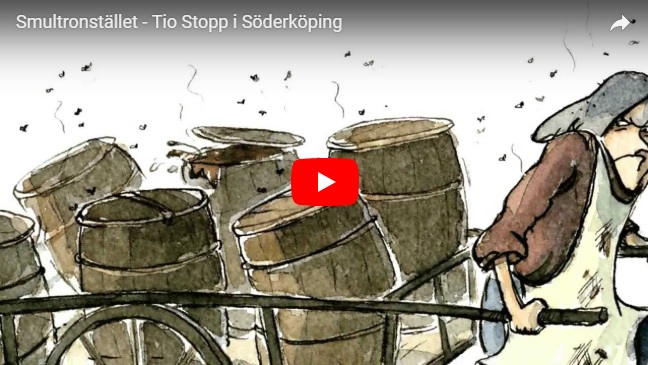