When the district was excavated, archaeologists found the single most stinking site, but also one of the most important places in town. Here, lots of remains were found: pieces of keys, locks, torch holders, pottery, bowls and spoons, baskets, knives, fire-lighting stones, needles, scissors, whetstones, shoes, gloves, bags, pouches and pearls, as well as a large number of glass objects.

Even weaponry had ended up on the plot: crossbows, arrow heads, gauntlets, scabbards, and so on. Apart from all this, archaeologists found lots of manure, wooden chips and animal bones. In short: This was Söderköping's old dump. 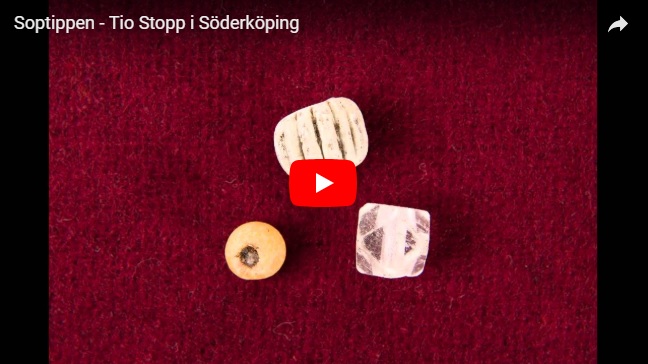