The medieval harbour was situated in the centre of Söderköping, by the once large dock that formed at the confluence of Storån, "the big stream", and Lillån, "the little stream". In later medieval times the harbour area was moved to the east.

The burgess in Söderköping traded primarily with Lübeck, and mainly in salt and textiles. The costly woollen cloth that was introduced to Swedish homes via towns such as Söderköping was one of the most sought after commodities at the time. Apart from this, large amounts of hops, beer and wine were also imported to Söderköping, as well as various handicraft items and spinning materials such as wool, flax and hemp. The primary export product was salted butter. Other export goods were train oil, tallow, iron, cereals, animal skins, fish, tar, wax and planks of wood – but all of this was overshadowed by the butter trade. 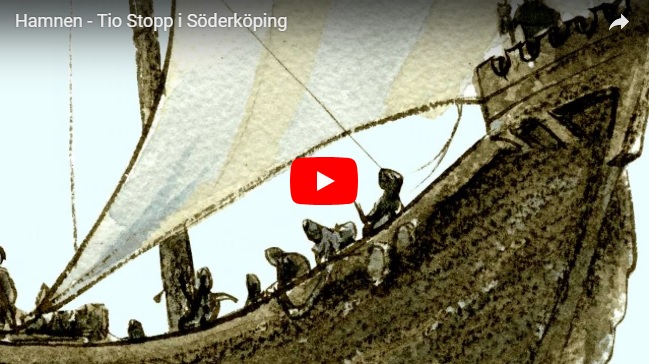