This statue brings to mind Katarina Sunesdotter, who was Söderköping's first known individual as well as the town's owner. In 1250, being the queen dowager after the death of king Erik Eriksson, she bestowed the town upon her sister Benedicta. Benedicta then married the wealthy Svantepolk Knutsson, who was the local governor for more than half a century. Three years after the bequest, Svantepolk and Benedicta traded lands with Götulf Ryss. Götulf is the first burgher mentioned by name in Söderköping.

Since Katarina's will is still intact we know who founded the town of Söderköping in the early 13th century. It was most likely Katarina's grandfather, king Sverker Karlsson, or her great grandfather Birger brosa, jarl of Sweden - it may even have been both of them, since we know that these two magnates worked well together. 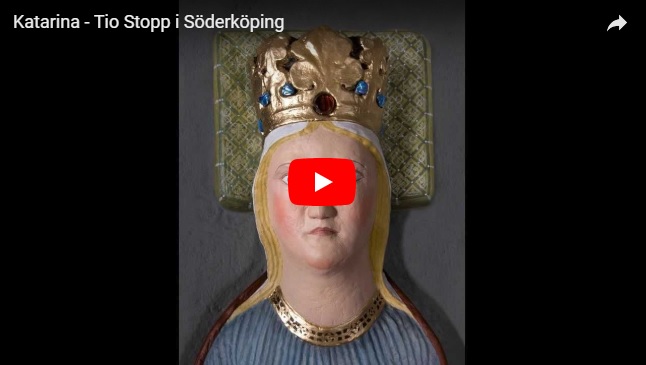