This part of town is one of the most important areas in Sweden's church history. Here the first mainland Franciscan monastery was founded. According to a chronicle the Franciscans, also known as Grey Friars, founded a monastery in Söderköping in 1235, only nine years after the death of Saint Francis, the founder of the order. They probably chose to settle in Söderköping because it was the largest and most important locality in eastern Sweden.

We know that the Franciscan friars also ran schools. A certain friar Torsten was allegedly a lector and head of the monastery school in 1281.

After centuries of prosperity, king Gustav Vasa's reformation forced the monastery to close in 1529. Many buildings were torn down and later served as quarries for the renovation of Stegeborg Castle. 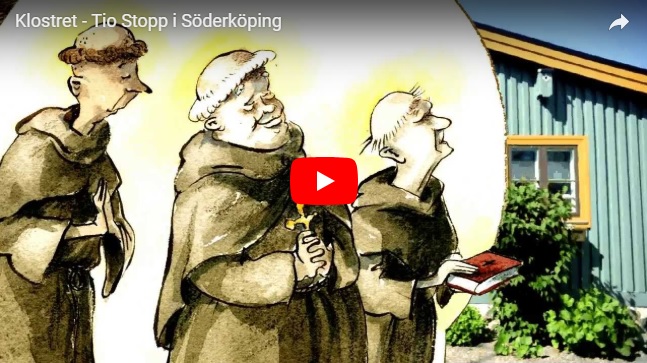