This is the place where medieval Söderköping developed in the Viking Age. Earlier on, the area had been too marshy, but in the 11th century merchants saw that this was a convinient place to rest, sleep and inspect new goods. Small houseswere probably built by Storån's north bank, which eas comparatively flat and hence perfect for the clinker-built ships and flat-bottomed boats of the time. Gradually Söderköping was transformed into a village for handicraft and reloading of shios. here was the marketplace that has given the town its name: Söderköping, "the southern market town" - south of Norrköping, that is. In the 13th century when the village had become a town, the square became a the town's centre. here stood the old Town Hall, replaced in 1777 by the Town Hall we see today. 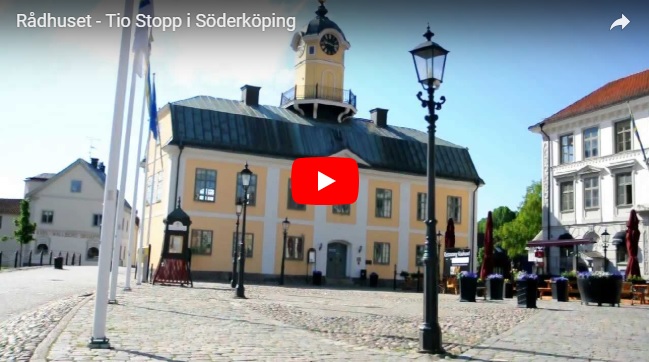