The Norrtull district was close to Söderköping's northwest boundary. Here one of the town's most fascinating findings has been made: the Söderköping treasure.

During the second half of the 14th century a cloth manufacturer lived here. When the house was excavated, thousands of coins were found on the floor. They'd hardly been scattered on purpose. Many of the coins had melted together into lumps, which indicated that the house had been ravaged by fire. The merchant had probably hidden his treasure away in the attic, after which everything collapsed in the fire and the coins scattered across the floor.

The fire most likely took place in the early 1380s, since we know that Söderköping was severely ravaged by fire then. The merchant probably disappeared before the fire, or died in it, and no one in town knew what a fortune had been hidden away in his attic. 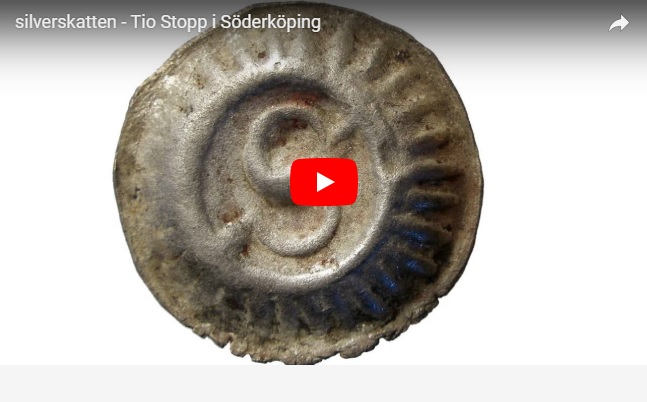