The church of Saint Ilian

In the Middle Ages, Söderköping had three parish churches - Saint Laurentius, Drothem and Saint Ilian. The first two still remain, but Saint Ilian's church has been torn down. Thanks to excavations we know that it stood here, in the middle of the canal harbour.

In the 13th century, when the church was built, this was the merchants district. Saint Ilian's church stood in a rich part of town and surely received its due share of the wealth. The construction was probably funded by wealthy merchants. The church's most renowned vicar was none other than Mats Ovidsson, the father confessor of Saint Bridget and the foremost Swedish theologist of the Middle Ages.

Sadly we don't have many findings from Saint Ilian's church. Much of it was destroyed when the canal was constructed in 1828, and engineers and others could bring home nice findings as souvenirs. Findings are made to this day, for example skeletons from the cemetery. 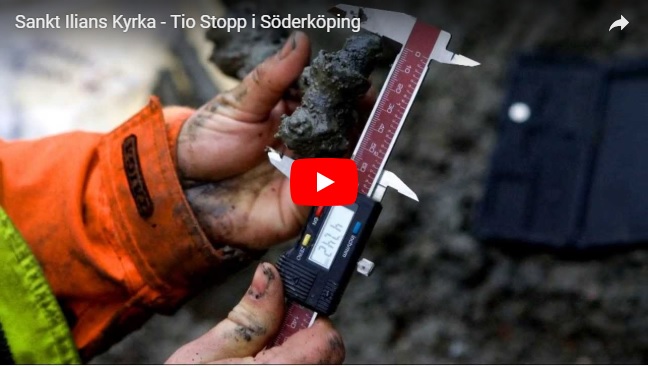