The church of Saint Laurentius

The church of Saint Laurentius is where Söderköping's history begins. Here, the site's first known settler had his name cut into a rune stone in the 11th century. His name was Gunnvat, and he was a Christian. We know this, since at the centre of the stone, encircled by a snake, there is a prominent Celtic cross.

The oldest church on the site was built in the 13th century, but what you can see today is mainly the result of reconstructions, especially in the 15th century. Many important historic events took place here. This is where Helvig, the consort of king Magnus Ladulås, was crowned on July 29th, 1281 – the first ever coronation of a queen consort in Sweden. At the same time, Magnus Ladulås issued a charter that freed the entire Church of Sweden from taxes and other duties. 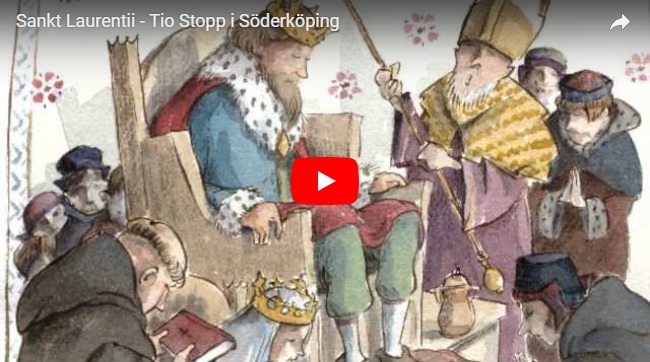